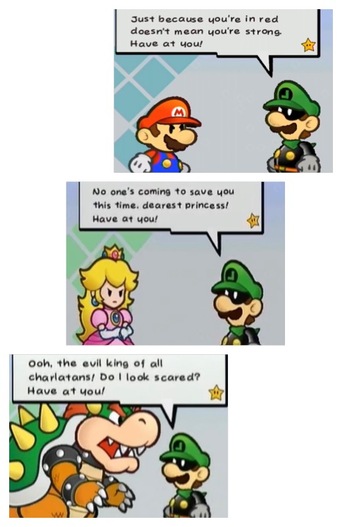 "Prepare to have your life ruined, Troper. Have at you!"
Advertisement:

A video game trope in which a scene or dialogue only plays out if a certain character or characters was brought along with the main characters (though usually it depends on being in the party). Mostly used for Character Development but may also be used for humor or to make an otherwise flat location more important.

Often ties in with other "Optional" tropes. Compare/contrast Companion-Specific Sidequest, where the game includes an entire optional mission centered on a particular companion NPC.