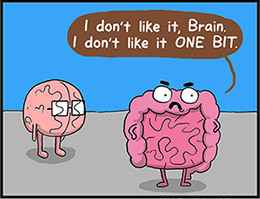 Have you ever noticed how sometimes, a character emphasises a dramatic line by ending it with the addressee's name, and repeating the line?

I sure have, Tropey. I suuure have.

Often used as a dramatic bookend before the credits or commercial break, or a cliffhanger ending. A variant common enough to get its own trope is "I don't know, Billy... I just don't know."

Not to be confused with One-Liner Echo, where a different character repeats the line. Compare Call-Back, where a line is echoed much later — this is when the line is echoed straight away. See also The Name Is Bond, James Bond.