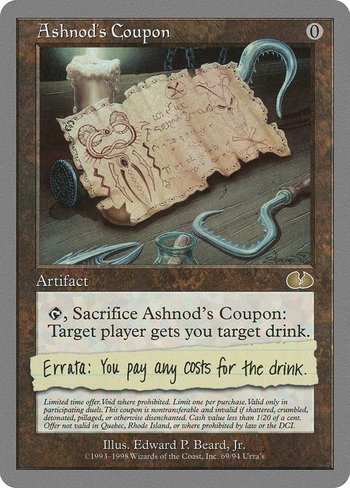 Hey! We've got a marvelous, fantastic deal for you, one that will make your wallet heavier, your life better, your teeth whiter and your significant other want to have sex with you every night. And the price is so damn low, we're CRAZY!

Except for you doofs in Nebraska. You're stuck out, and we're certainly not going to tell you why. Na na na-na na!

Often summed up quite simply with "Void where prohibited," a phrase which shifts the onus of learning about obscure laws away from the seller and onto the consumer.

On a similar note, for most of the 1980s and 1990s, BBC Northern Ireland showed its local evening news magazine at an earlier time to the other BBC nations and regions. To do this, it would opt-out halfway through the final presenter link of Children's BBC. As part of this practice, the CBBC presenter would often say "Goodbye Northern Ireland!", a cue for master control to switch feeds from London to Belfast for the start of the news programme. Meanwhile, the presenter would be continuing for another minute or two for the rest of the viewers outside of Northern Ireland.

United States and related
The Internet

Alternative Title(s): Not Available In Nebraska, Void Where Prohibited