Narrator
aka: The Narrator 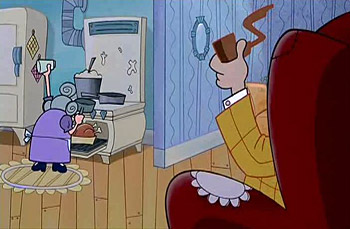 "With speed and dexterity astonishing for a woman of her advancing years, Mother bastes the turkey, tosses the salad, and mashes the potatoes!"
"How d'you do and hello, I'll be running the show, I'm your host and emcee."
— The Cat in the Hat, Seussical, "Oh, the Thinks You Can Think!"
Advertisement:

"I want you to describe me."

That's what the sign had said, anyway. And so, as if compelled to do so, Stanl- I mean the Troper sat down at their computer screen and began to type...