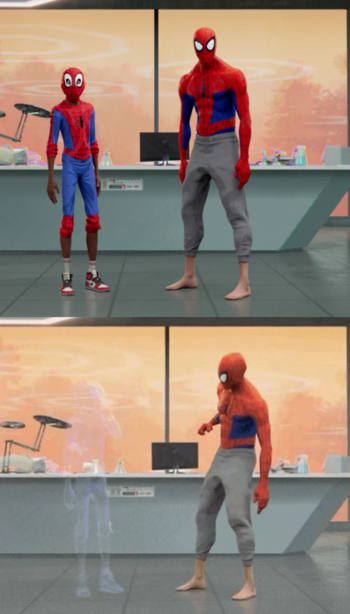 "He can turn invisible? ...Why can't I turn invisible?"
"Barry, I have been living this life for almost eight years, encountering things that you can't even fathom, and I am still alive. Not because super speed kept me out of the ground. It was because I realized that I needed to keep learning, keep training, keep getting smarter, and until you get that, despite your best intentions, you will do more harm than good."
— Oliver Queen, The Flash (2014)
Advertisement:

In many works, people with superpowers are portrayed as superior to those without, regardless of how skilled they are. This is the opposite: a Differently Powered Individual looks up to a mentor who has no powers (or powers of the Weak, but Skilled variety), but who has the weight of expertise and experience on their side. Sometimes, the superpowered student has looked up to their mentor since before they gained their powers.