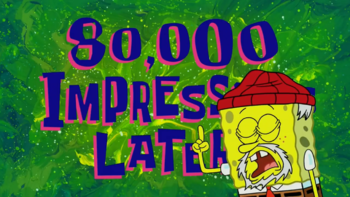 Narrator: Would you please stop imitating me? It is starting to get very annoying.﻿
"Supposedly Cousteau and his cronies invented the idea of putting walkie-talkies into the helmet. But we made ours with a special rabbit ear on the top so we could pipe in some music."
—Steve Zissou, The Life Aquatic with Steve Zissou
Advertisement:

Whenever an oceanographer or marine biologist character must be shown on TV, there is a high chance that they will be based on Jacques Cousteau. They will speak with a French accent when talking about fish, and often wear a red woolly hat like he did.

A similar example would be how every TV terrestrial biologist/documentarian would resemble David Attenborough. We give it another five to ten years before they start basing characters off Steve Irwin (without it being a direct parody of him, that is). Compare Wildlife Commentary Spoof, of which this is a component. A subtrope of No Celebrities Were Harmed.