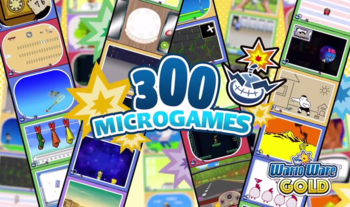 And they're all weird.
Advertisement:

The opposite of Unexpected Gameplay Change. The game consists of a series of puzzles, challenges and games with very different requirements for defeating them. Sometimes it has a Board Game theme and Competitive Multiplayer, at which point it may overlap with Party Game.

When the minigames overrun another type of game, that is Gameplay Roulette.

Quite a few TV Game Shows are also like this, making this trope older than video games themselves.