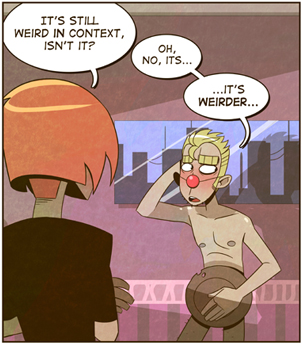 "I had this terrible dream: I was in Brooklyn Nine-Nine, and then the goose turned into Eminem."

"I had this terrible dream: I was in Brooklyn Nine-Nine, and then the goose turned into Eminem."