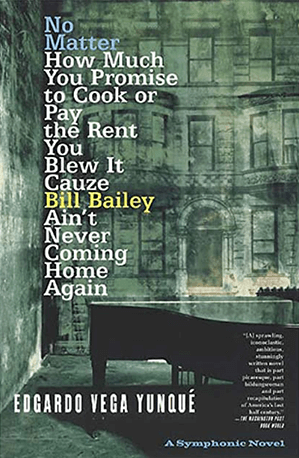 Aka: That Trope Where Shows, Books, Films, Video Games, or Songs Have Ridiculously Long and Generally Unwieldy Titles Which in Modern Times Is Usually Used for Comic Effect, Although Occasionally This Trope Is Instead Employed to Instead Mock Media Which Is Already Perceived to Have an Overly Long Title, Though in the Case of This, Trope Is Being Used in an Ironic Self-Describing Way.

Exactly What It Says on the Tin: something with a very long title.

Differs from In Which a Trope Is Described by being only about names; differs from Exactly What It Says on the Tin by not being required to be accurate. Sometimes uses colons extensively (but see also Short Title: Long, Elaborate Subtitle). See Overly Long Name for when this applies to characters.

It is worth noting that in the 18th and 19th centuries, titles were used to interest people in a particular book, in the same way back-side blurbs are today. A work with an Either/Or Title, even if was created after that time period, is highly likely to be this as well, as Either/Or Title was a commonly used trope in such 18th- and 19th-century titles, and its usage these days is often an element of a deliberate throwback to such titles. Japanese Light Novels employ this for the same reason today; many originated as web novels on a Japanese publishing website called Shōsetsuka ni Narō, and in order to stand out from the deluge of new titles being published every day, authors enticed fickle readers by explaining exactly what the gimmick of their series is at the earliest opportunity.

The diametric opposite of One-Word Title (even when it is a word like Supercalifragilisticexpialidocious) and No Title. See Try to Fit THAT on a Business Card! and Overly Long Name for when this applies to characters. Speaking of characters, Multi-Character Title has some overlap with this when there's enough of them and/or they use full names in the title. And similar things happen with Character Name and the Noun Phrase. See also Colon Cancer, because the phrases on both sides of the colons are likely longer than 2 words.

Not to be confused with Short Titles.

Examples of long titles that reside on their own pages and can be reached via the following links:

An incomplete but ever-expanding listing of instances where this title trope has been applied in various media, as relentlessly compiled by The Contributors to TV Tropes:

open/close all folders
Art: Or, visual media made in either two- or three-dimensional form, intended to evoke myriad emotions in its viewers, raging from calm, to awe, to intrigue or confusion
Asian Animation: Or, works made in the medium of animation that originate from any country located in the continent of Asia that isn't Japan, since that country's anime is prominent enough to have a separate folder
Audio Plays: Or, dramatic productions produced entirely using recorded sound waves stored upon a physical medium such as vinyl or plastic or magnetic tape, which use a wide variety of auditory tricks to make the listener think he's hearing real events as they actually occurred.
Comic Books: Or, Short stories printed on paper told through a mixture of sequential images and bubbles containing text, indicating what the characters are saying, thinking, and occasionally doing.
Cook Books: Or, Written instructions on preparing comestibles, potables — that is, food and drink — for human consumption.
Fan Works: Or, works and stories involving characters and settings from previously existing intellectual properties created by fans of said intellectual properties instead of their respective creators

Light Novels: Or, Works of prose, originating from the aforementioned State of Japan, which are written in an easily read style in order to target audiences comprising teenaged or young adult persons

Machinima: Or, Web videos that have the use of real-time computer graphics to create a cinematic production, using software similar to that designed for making video and computer games
Pinball: Or, Indoor bagatelle games descended from the success of David Gottlieb's "Baffle Ball" pin game featuring skillful manipulation of metal balls using electro-mechanical paddle-like devices to properly strike targets to score inflated points
Professional Wrestling: Or, Men and/or sometimes women who compete in staged athletic competitions with predetermined endings and take part in planned storylines as a career.
Radio: Or, The spoken word of the human voice transmitted miraculously upon the aether by the appropriate application of wireless emissions of suitable wavelength, to be received across great distances by a carefully calibrated apparatus
Tabletop Games: Or, Games involving the manipulation of tangible objects such as paper cards, miniatures and dice, usually played atop a table by several persons (though the floor may be used if there is no table offering enough area)
Theatre: Or, Works written with the intention of live performance in front of an audience upon the theatrical stage
Theme Parks: Or, Places that exist in certain parts of the world that have a bunch of unique one-of-a-kind experiences; such as roller coasters, live shows, 3-D shows, dark rides, water flumes, walk-throughs, and plenty more
Visual Novels: Or, Somewhat Slow-paced Electronic Stories using the narrative style of Literature, but adding in Interactive Video Game-esque elements, which means the medium does not conformably fit into either definition and so as a result has to be sorted it into one of its own.
Webcomics: Or, Stories available on the internet told through a mixture of sequential images and bubbles containing text, indicating what the characters are saying, thinking, and occasionally doing, much like a comic book but without commission.
Web Original: Or, Various pieces of fiction falling under a variety of descriptions distinguished by their initial appearance on a network previously established to better facilitate the sharing of information between computers.
Other: Or, Honorable mentions arising from miscellaneous aesthetic productions that somehow elude veracious insertion underneath any of the aforementioned categorical heading
Feedback