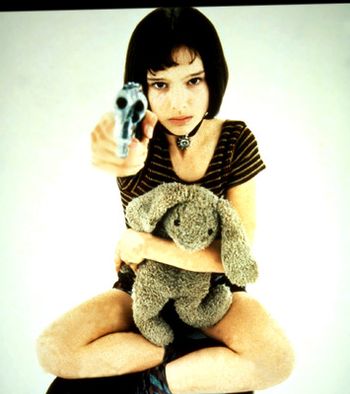 Pre-teen Natalie Portman is about to shoot you.
"Tell them that Ellie is the little girl who broke your fucking finger!"
— Ellie, The Last of Us
Advertisement: