Last of His Kind
aka: Last Of Her Kind 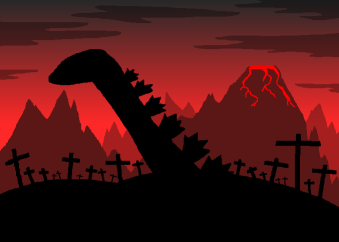 Oh, where did the dinosaurs go?
They were all here not long ago.
This burden that we used to share
Has now become mine to bear.
Goodbye forever, friends of yore,
For I am the last of the dinosaurs.
"You know the problem with being the last of anything; by and by there be none left at all."
— Hector Barbossa, Pirates of the Caribbean: At World's End
Advertisement:

Compare Endofan Age, Fling a Light into the Future, Humanity's Wake, Uniqueness Value, Genocide Survivor, and Living Relic. Genocide Backfire and Genocide from the Inside can both cause this trope. Endangered Species and Dying Race are not as extreme versions, although they may lead to this eventually. Sometimes paired with The Aloner for truly horrifying angst. Occasionally Played for Drama or Played for Laughs with Only You Can Repopulate My Race. Occasionally the Last Of His Kind is of a previously extant Barbarian Tribe of some kind. If There Is Another, see Adam and Eve Plot. The Collector likely wants to put him in their Fantastic Nature Reserve.

When Goku is on the verge of losing to Freeza, Vegeta's spirit reaches out to him, telling him to embrace his Sayian heritage and fight to avenge his race, otherwise they'll be lost from existence forever.

When Goku is on the verge of losing to Freeza, Vegeta's spirit reaches out to him, telling him to embrace his Sayian heritage and fight to avenge his race, otherwise they'll be lost from existence forever.