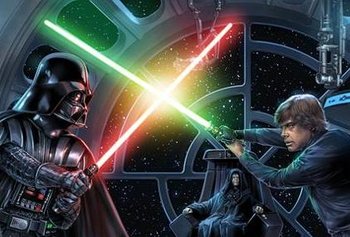 The lightsaber is the coolest weapon ever.
Search your feelings. You know it to be true.
"You think what—I'm gonna walk out with a laser sword and face down the whole First Order?"
— Luke Skywalker, The Last Jedi
Advertisement: