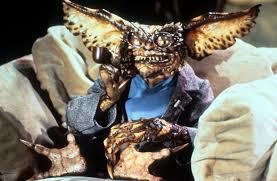 Increase in intelligence and culture may be accompanied by a compulsion to wear a turtleneck sweater and smoke a Distinguished Gentleman's Pipe
Advertisement:

There exists a fallacy in which for some reason a "smart" person must appreciate opera, classical music, or pull feats of chess mastery. So when one pulls a "Flowers for Algernon" Syndrome or Uplifted Animal, suddenly the subject starts to quote Shakespeare, rave about a fine old wine, or quip about how modern art makes no sense.

One problem though, there was no Upgrade Artifact! Rather than merely improving your critical thinking skills and/or increasing your ability to learn new things, somehow your new smarts come bundled up with all sorts of useful information such as knowledge of languages, history, sciences, and even highbrow culture and art. You aren't just able to intuit how to win a game of chess — you know all the terminology and history of the myriad strategies available, as if you'd just had an advanced-level textbook downloaded into your brain.

On top of this, you gain an appreciation for such "high culture" topics and lose any interest in the stuff the "dumb you" used to like. The implication is presumably that people who like classical music and fine art must be seeing some deeper meaning the rest of the world is too dumb to pick up on, and once you've been thus enlightened, rock music and football lose all their appeal. However, this blessing tends to come with a generous side-helping of Insufferable Genius.

Sometimes justified with some babble about Ninety Per Cent Of Your Brain — all that information was buried in your subconscious, you just weren't able to access it before. Perhaps it's somehow retroactively given you a Photographic Memory.