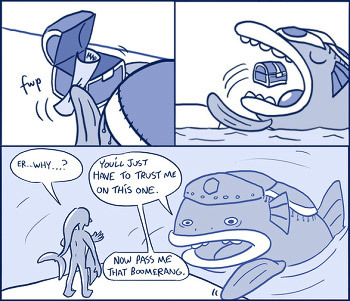 Well, that explains that dungeon's chests. Doesn't explain the cows, though.
"It was a watchtower for crying out loud. Thousands of years ago when this place was brand new it had nothing of value. Nobody has come along since then and added treasure for you."
— DM of the Rings
Advertisement: