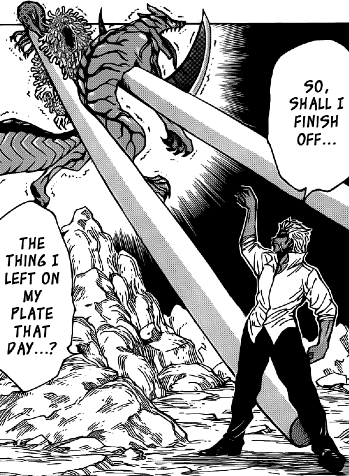 "Man who catch fly with chopstick accomplish anything."
— Mr. Miyagi in The Karate Kid (1984), just before Daniel catches the fly on his first try
Advertisement:

While chopsticks are a staple tool for eating in many Eastern cultures, certain characters take the ability to manipulate things with their chopsticks to an incredible extreme. One common trick is to treat the chopsticks like darts, embedding them into the target. Other improbable uses tend to be feats of dexterity and speed; easily doing something that is considered difficult with even normal hands. Can overlap with Fork Fencing (optional: use both chopsticks instead of just one).

No relation to the ability to play "Chopsticks" well on the piano.