How About a Smile? 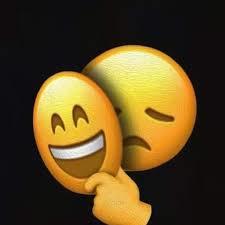 Smiles always work.
Simply put, this is any situation where a character has to force a smile or a please/thank you despite not really wanting to do so.
Advertisement:

It's most common in sitcoms, but can appear in dramatic works occasionally, such as if a villain is trying to smugly exert their power over the hero. The character asking for the smile might regret it if the smiling character has Scary Teeth. See Finger-Forced Smile or Glasgow Grin for more physical variants.