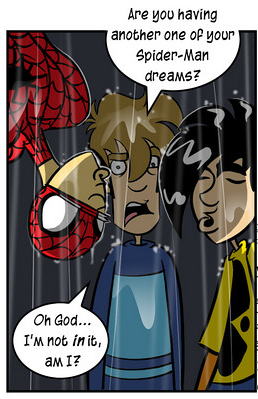 Homoerotic dreams are mostly used for comedy but occasionally will be used for Ship Tease or as part of Will They or Won't They?.