Hero for a Day 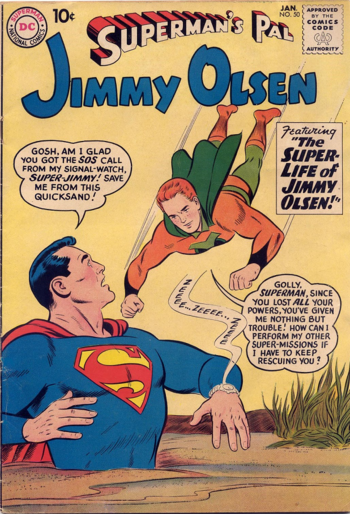 "We can be heroes
Just for one day."
— "Heroes" by David Bowie
Advertisement:

A stock plot that comes up pretty often in superhero stories. The hero has lost his/her powers! But wait, there's somebody else with suspiciously similar powers now, but they aren't near as effective and/or virtuous as the hero. Something bad happens, but the story ends with the hero getting the powers back somehow. In more detail, it follows this chart:

This story is common to the point where now, it gets subverted a lot more often than used straight (for example, it might make the neophyte way better than the hero in every way and have it be almost tragic to return to the status quo).