Girls with Moustaches
aka: Girls With Mustaches 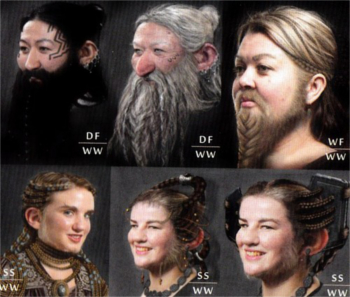 ("It's the beards.")
Advertisement:

The most common variant involves a woman wearing a fake moustache, possibly as part of a Sweet Polly Oliver, or temporarily growing one due to some form of Applied Phlebotinum. Sometimes it may even just be a part of an Imagine Spot. Permanently moustachioed women are rarer. If they do appear, expect them to be a part of The Freakshow as "The Bearded Lady". This is also a stereotype of nerd girls, burly female athletes, or any woman who doesn't care at all about her appearance.