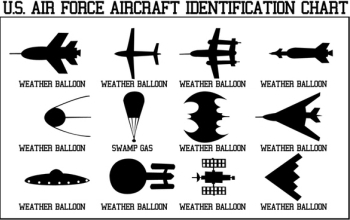 Move Along, Nothing to See Here...
"The flash of light you saw in the sky was not a UFO. Swamp gas from a weather balloon was trapped in a thermal pocket and reflected the light from Venus."
— Agent K, Men in Black
Advertisement:

Are you a government official or similar authority who needs a quick, mundane excuse for a large number of mysterious, possibly supernatural deaths? Gas leaks are the way to go. They're accidental (no need to find a scapegoat!) and provide a good reason to keep people away from the site of the disaster (there might be lingering traces of gas there, after all!). You can even say that the gas was hallucinogenic, so that if any survivors or bystanders saw anything weird, well, that's why. And, as a very last resort, it leaves you with a plausible explanation for the whole site conveniently exploding.

The general populace will always swallow this one hook, line, and sinker, no matter how many times you use it or how implausible it is. Maybe people are more comfortable believing in gas leaks than in the supernatural. Watch out for nosy teenage detectives, though. Those are a bit harder to fool.

This excuse doesn't necessarily require there to be a victim; it can also be used to clear a given area so that no ordinary citizens get caught up in the supernatural or otherwise dangerous activity to begin with.

Please note that this trope applies to using gas leaks to cover up for other things, not covering up for gas leaks (unless an actual gas leak is being covered up by a story about another gas leak). If that's what you were looking for, we recommend blaming the dog. For cover-up excuses that don't involve gas leaks but are just as flimsy, see Extra-Strength Masquerade. Compare with Fiery Coverup. Conveniently Unverifiable Cover Story is related, though coming at it from a different direction.