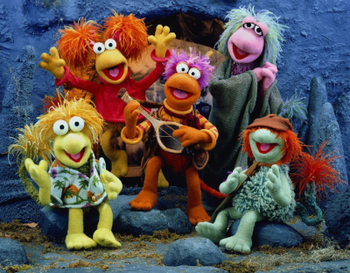 When The Smurfs invaded America in the early 1980s, or even way back when they were created in Belgium in the late 1950s, they spawned a grand tradition of cute creatures with silly names who hang out in groups and get into all manner of misadventures, then get out of them again through The Power of Friendship.