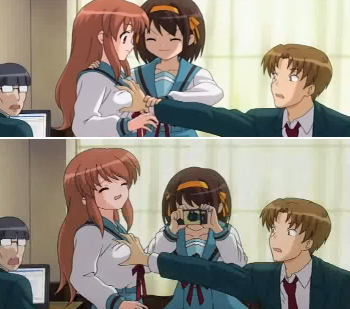 See also: Taking the Heat, where an innocent person attempts to put himself in the frame to save someone else, False Flag Operation, where it is an entire organization or nation that is being framed by another, False Rape Accusation, where an innocent person is accused of committing rape, Then Let Me Be Evil, when the framing eventually drives the innocent person into evil, especially what exactly they were framed for, and Mistaken for Murderer, where the misleading evidence arises out of unplanned circumstances. Compare and contrast Abomination Accusation Attack, where the accusation just mentions a type of crime, not any specific instance. Is often a part of an Insidious Rumor Mill. Certain forms of a Motivational Lie can be related in spirit. Often overlaps with Blackmail.

No Body, No Crime

No Body, No Crime