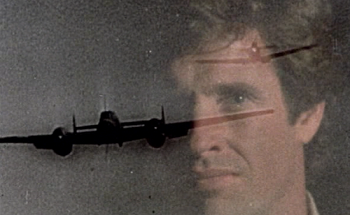 This is when a character or characters look off to some far distant point or do an Aside Glance to instigate a Flashback or Imagine Spot. Expect the screen to do a wishy-washy thing that blurs the screen or a fade of some sort. If the stare goes on for too long you hope it's being used for comedic effect. Something of a Discredited Trope these days: many comedies will have other characters confused at the actions, or trying to wake them from their spaced out state.

Compare Pensieve Flashback, in which the character is immersed in the scene he's remembering.