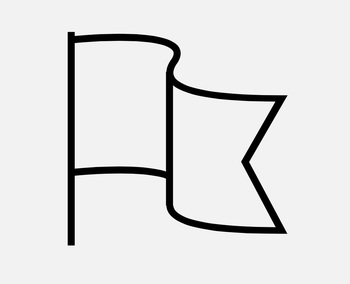 Raise the flag!
National flags are kinda a big deal to the patriotic. Especially for those living in the U.S. of A. There are other kinds of flags too, such as flags that carry messages. This index is all about flags.
Advertisement:

Not to be confused with Event Flag or False Flag Operation.