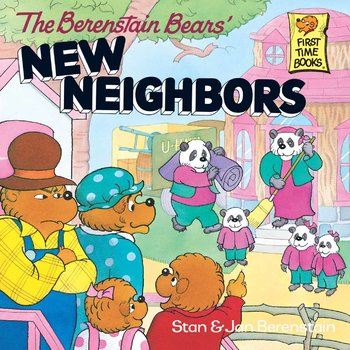 "They aren't even real bears!" note Actually, they are, even if historically they were considered raccoons.
"Racism was not a problem on the Discworld, because—what with trolls and dwarfs and so on—speciesism was more interesting. Black and white lived in perfect harmony and ganged up on green."
— Terry Pratchett, Witches Abroad
Advertisement:

"Fantastic" as in "fantasy" or fictional, not as in "awesome", obviously.

Now that we got that out of the way, Fantastic Racism is a subset of the old trick of dealing with thorny issues through metaphor. Instead of having The Hero encounter racism between, say, white and black people in the American Deep South, or between ethnic Czech and Roma in the Czech Republic, or between Ainu and Japanese, or any other sets of real-world groups, they encounter "racism" between two-headed aliens and three-headed aliens, or between people with earth-themed elemental powers and people with water-themed elemental powers, or between shapeshifting squid-people and shapeshifting octopus-people.

Not to be confused with Space Jews, in which an imaginary species or culture has disturbing similarities to a real-world racist stereotype. Also related to Have You Tried Not Being a Monster?, where said monsters are usually used as a metaphor for other types of discrimination, oftentimes dicrimination based on characteristics perceived by the bigot to be alterable, "curable", such as an alternative sexual identity, a disability, or a different religion/religious differences (the two tropes can often overlap in the case of religion), rather than race or ethnicity. Fantastic Slurs are often involved, as are Monster Rights Movements. Real Life weaselly lines like Some of My Best Friends Are X may feature. The undesired minorities may be rounded up inside a Fantastic Ghetto, and may also be the targets of Superhuman Trafficking.

Futuristic science fiction examples of human-on-alien Fantastic Racism will often make the human racist a member of a group historically discriminated against on Earth (such as a black character in an American-created work) both to emphasize that human-on-human racism is a thing of the past, and for the sake of irony from the viewers' perspective.note Just watch out for the unfortunate implications inherent in depicting a discriminated-against group as "morally inferior". Or don't, if you think that everybody needs to grow a spine, but don't say you weren't warned.

If the point of the story is to show the evils of racism, this trope can lead to a Broken Aesop if there are in fact good in-universe reasons to discriminate against a certain type of creature (say, because they need to eat other sapient beings in order to survive, or they genuinely are Always Chaotic Evil apart from the odd angsty heroic one, or they're just potentially-dangerous enough that one doesn't strictly have to be an absolute incorrigible raving xenophobic lunatic to consider making certain... precautions (at least against the loose cannons) to be a good idea).

Also note that Tropes Are Tools: most people wouldn't believe in a world where elves, dwarves, aliens, etc got along with perfect harmony, because their own experiences of different groups' interactions don't bear that out. It's called Fantastic Racism for a reason.

Compare Superior Species, in which one species actually is objectively superior in some way; Species Loyalty, which may but does not need to entail this; and Master Race, when it's just in their head (and is probably a metaphor for Those Wacky Nazis for further bad-guy points).

See also People of Hair Color (which can be another occasion for racism in fantasy), Dehumanization (where one race is dehumanized to make them easier to kill) and Demonization (where negative character traits are fabricated, exaggerated, and generalized in order to justify some form of prejudice and hatred). Death Means Humanity is one potential resolution to any conflicts born from fantastic racism in which the death of a non-human being makes a human character recognize that being's personhood and value.

Eduardo, Jewel's father, is severely opposed to anything that related to humans; he insists that all members of the flock stay out of their view, and angrily chastises Blu for being domesticated and for using human artifacts. His hatred for humans stems from a incident where illegal loggers set fire to his home causing him to be separated from his daughter Jewel (who had also originally hated humans until she overcame it with the help of Blu) for years with both believing the other had died.

Eduardo, Jewel's father, is severely opposed to anything that related to humans; he insists that all members of the flock stay out of their view, and angrily chastises Blu for being domesticated and for using human artifacts. His hatred for humans stems from a incident where illegal loggers set fire to his home causing him to be separated from his daughter Jewel (who had also originally hated humans until she overcame it with the help of Blu) for years with both believing the other had died.