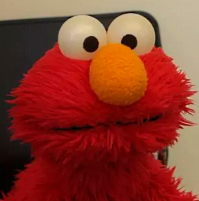 It's almost as if someone drew black dots on a pair of pingpong balls and then glued them to his head...
"But I must question how Croc's eyes prevent him from dropping dead. He has no shielding from the air. It's literally just eyes stuck on top of a head. Nothing covering them. It's actually kind of stomach-turning. Simply disgusting. And yet... fascinating. I wonder how it feels to grasp the back of one's eyeball... oh, it must feel so liberating..."
— Caddicarus in his review of Croc.
Advertisement:

Most normal eyes are visibly connected to their user's body in some way, whether it be by the standard optic nerve and them sitting comfortably behind a pair of eyelids, or, say, them being placed on a stalk if you're some sort of alien, crab, or snail. Not in this case; this trope is about characters whose eyes are literally exposed eyeballs that aren't visibly connected to anything, and at best are just slapped on top of their head (somehow without falling off or rolling away).

May either be a specific case of Cartoony Eyes, or a trait of a particularly monstrous or weird being. May involve Eyes Do Not Belong There. Not to be confused with Faceless Eye, which is about a single eyeball devoid of a body or face. Compare Disembodied Eyebrows.