Evil Versus Evil
aka: Evil Vs Evil 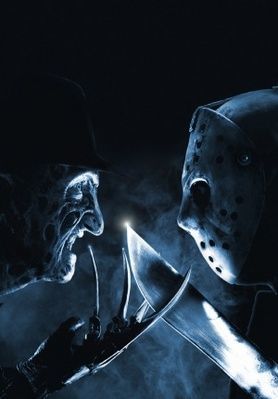 Evil will triumph over evil.
"In normal times, evil would be fought by good. But in times like these, well, it should be fought by another kind of evil."
— Aereon, The Chronicles of Riddick (2004)
Advertisement:

The solution to this is to pit the Villain Protagonist against the Villain Antagonist. Someone so rotten that no matter how low you go on the Karma Meter, you'll still want to go after them and carry out justice. That way, the character(s) can be evil while doing good. It's the best of both worlds. You don't have to do really rotten things like kicking puppies, you can kick fire-breathing demon puppies instead. It's kind of hard to Take Over the World when another Evil Overlord is already ruling it, or wants to destroy it. It also wouldn't do to allow some other villain to kill your heroic archenemy before you can score that triumph for yourself. For a Gentleman Thief who wants the best loot, what better target than other thieves? The Starscream has to have someone to overthrow, right? Or if everyone's a Starscream, then there has to be a Deck of Wild Cards, right? And even the most vicious Knight Templar is right once in a while, or at least goes up against the Card-Carrying Villain. And if both bad guys are bad enough, having them killing each other is a victory for everyone!

See also Even Evil Has Standards and Black-and-Gray Morality. Contrast Good Versus Good. Also contrast Enemy Civil War, Eviler than Thou, and The Good, the Bad, and the Evil, which are about antagonists battling other antagonists. This trope is the opposite of a Villain Team-Up. Has a Sub-Trope in Evil Versus Oblivion, where one side is world-destroying bad.