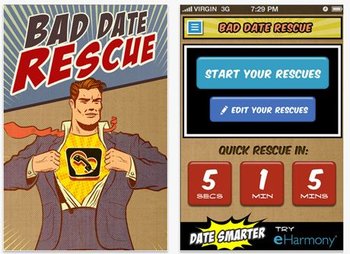 A character knows that there's something coming up that he would love to get out of, so he arranges for someone else to phone him during the event, pretending that there's an emergency and forcing him to leave. Used most often in comedies, where there's a lot of potential of hilarity ensuing (including the possibility that his friend will "forget" to call for whatever reason).

An invoked variety of Deus ex 'Scuse Me. Compare Phoney Call, where the character just pretends that someone's calling him, or uses a concidental unrelated call for this purpose.