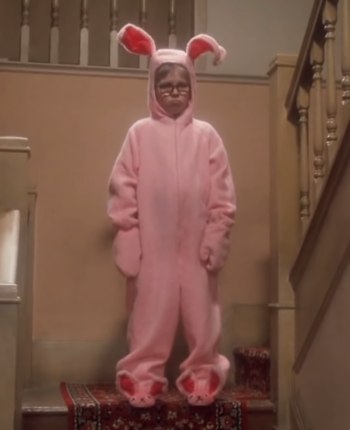 When a character, for whatever reason or plot contrivance, is forced to wear an animal costume similar to a mascot's outfit. The costume can be outlandish and ridiculous or simply silly, but either way, it certainly makes it hard to take them seriously. They may or may not gripe about the indignity.
Advertisement:

For some reason or another, this is a common trope in Anime. If a character, or group of characters, is forced to take on an odd job, it will involve wearing one of these.