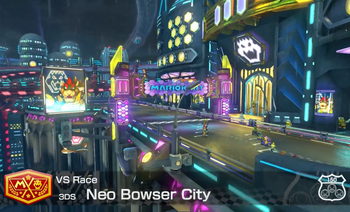 Population: Depends on Bowser's mood
"This place needs a name. Yeah... a name fitting for this rugged, adventurous wilderness. From now on, we'll call it... Grooseland!"
— Groose, The Legend of Zelda: Skyward Sword
Advertisement:

Many a self-aggrandizing dictator has not been satisfied merely with building entire factories to produce busts and portraits of himself. For these rulers, the ultimate statement of their power has been to name or rename entire towns after themselves. Don't be surprised if there's a big Our Founder statue in the central plaza or entrance. Or both. Also covered is the practice of naming something after a close friend, family member, benefactor, loved one, or favorite pet.

There is some Truth in Television to this, such as Stalingrad and Saparmurat "Turkmenbashi" Niyazov.

Is a common trait of a Villain World. The renamer is likely to be The Caligula or The Generalissimo. Tends to lead to Please Select New City Name a generation or revolution later. If the person running this place isn't a villain, odds are they're just a Giver of Lame Names.

Sub-Trope of Meaningful Rename and may be a reason for Istanbul (Not Constantinople). Or, given that that city was itself renamed for a person, Constantinople Not Byzantium.

Compare Egocentric Team Naming, Conspicuous Consumption and Airstrip One. Please note that this trope is only about renaming cities. If you're looking for the trope about villains who like to plaster their face all over their cities, that's Malevolent Mugshot.