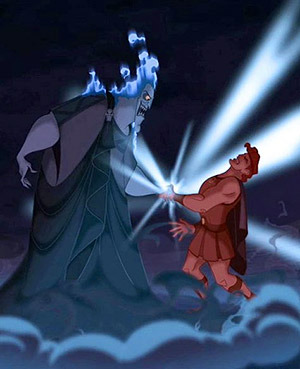 This isn't just a case of Brought Down to Normal which inevitably ends, but a much longer-lasting if not permanent reduction in strength. This is often done as a long-term Drama-Preserving Handicap on the character in order to keep them in the cast without having to write them off or use really convoluted Green Rocks and Kryptonite Factor plots. (This may be accomplished by a Power Nullifier.)

It's unlikely the character will be pleased by this turn of events, and if they're power-hungry or evil they'll fight tooth and nail to find a way to get it back. Heroes who just want to be normal will be happy, even if it means they can no longer use their finger-snapping problem-solving powers.