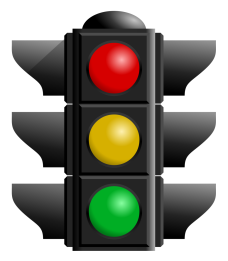 Vision is the one sense we humans rely on the most. We usually identify things by sight rather than sound or smell. It is for this reason that creators of visual media will make sure that things look different enough for the audience to easily recognize and tell apart. It can also be a form of visual shorthand for characterization, so that the audience can tell certain things about a character or setting without having to be told.

In addition, to the audience, this trope may be used in-Universe so that the characters can easily tell the difference between groups or things.

One way to do this is to use color as an indicator that two things are different (when using different colours) or two things belong to the same category (when using the same colors). Color can indicate who is the good guy and who is the bad guy, they can indicate personality type, they can say things about gameplay elements in a video game, which organization or group the person belongs to, and so on.

In Real Life colors are often used to distinguish everything from the meaning of lights, to wires, labels, faucets and other signs.

Bright, contrasting colors, particularly primary and complementary colors, are the most common. Regardless what they're used to symbolize, when things are color coded you can almost always count on a Red and a Blue. Further seeing a Green or a Yellow is also common. Purple and Orange are more rare unless you have enough units for a full Rainbow Motif or more.

Named for a scene in The Order of the Stick, where two characters are discussing Good Colors, Evil Colors as it applies to dragons.

The Dark Star launches colored energy balls at the Bros. Red for Mario, green for Luigi.

The Dark Star launches colored energy balls at the Bros. Red for Mario, green for Luigi.