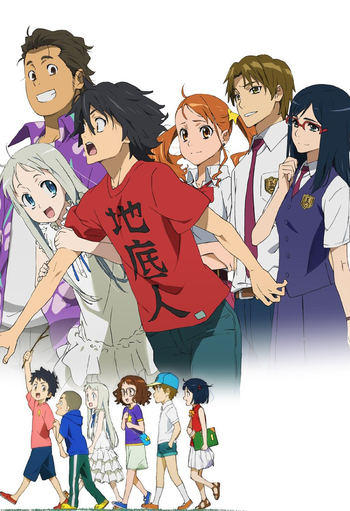 "Wasn't it yesterday when they were small...?"
"I've known Barbie since we were in matching cribs!"
— Midge, Barbie: Life in the Dreamhouse, "Let's Make A Doll"
Advertisement:

There are many kinds of friendship: work friends, school friends, drinking buddies and more. Yet one of the very closest types of friendship is that of Childhood Friends. Before you have to worry about the shock of betrayal or the possibility of romance, this is the friend that will always have your back. No one knows you better than them. And it shows when childhood friends are treated more intimately or are trusted more than other friends.

Since many friends have known each other since childhood, they're very likely to be Best Friends. Regardless what form it takes, the experiences they've shared since childhood is what forms and strengthens their bond.