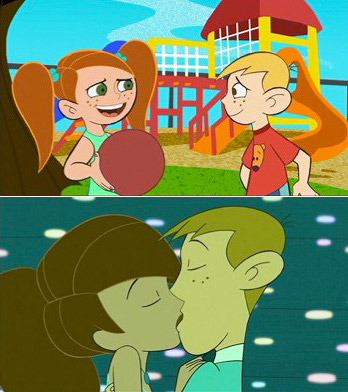 Not pictured: 12 years of being Just Friends.
Zazu: Oh, just look at you two! Little seeds of romance blossoming in the savanna. Your parents will be thrilled, what with your being betrothed and all.
[...]
Simba: I can't marry her, she's my friend!
Nala: Yeah, it'd be so weird.
— The Lion King
Advertisement: