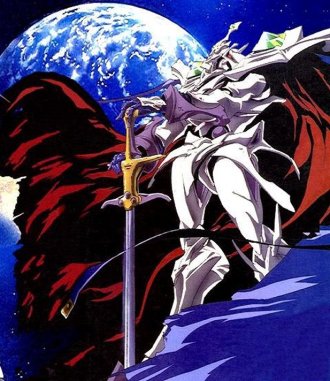 Humongous Mecha are inherently cool. Surely there's no way to make them cooler, right? Well actually, the mere addition of a Badass Cape can indeed make the coolest thing on Earth even cooler.

On a human, a cape is commonly worn simply to look good; this is particularly true if one is Royalty. Superheroes often wear them to take advantage of the Dramatic Wind and simply appear visually impressive (though some turn them to more practical effects). And, of course, a cape can be useful to wrap around oneself if the weather turns suddenly cold or wet.

On a robot, however, these factors are far and away cancelled out by the simple fact that, implausible though mecha already are, a cape would simply get in the way and not be very practical at all. But when you look this awesome, who cares?