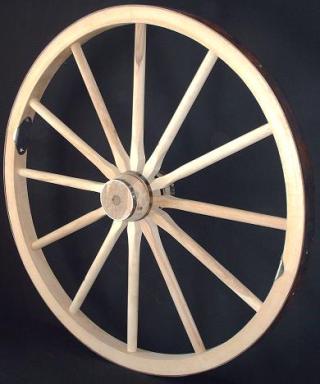 It really gets around.
"It's not the most accurate weapon, nor the most elegant - but it simply doesn't have to be. It's good enough. It excels where fighters need it most. It's reliable: stoppages are rare, and any faults that do occur can probably be fixed with a hammer. It's simple to use: there's no need to pore over a manual. The AK is point and shoot. It's so simple a child could use it - and in some parts of the world, they often do."
— Ahoy on the AK-47 assault rifle.
Advertisement:

Everyone loves flashy magic, BFGs, and big, thundering tanks. However, the more interesting something is, the more likely it falls victim to the rule of Awesome, but Impractical: You can't use it often enough, it costs too much, or it just takes too much effort to get it. You could even have Cool, but Inefficient, where it just looks awesome, but that is about it.

Therefore, we have things that are much more "boring" and normal, but these things often contribute more to your success in the long term than the visually more impressive things. The Reliable Ones, if you will — and proof that Hollywood does not always hate boring. Often overlaps with Mundane Solution. As the list below shows, this trope doesn't require that a non-boring counterpart exists.

Things that will frequently fall into this trope:

Fits into the Technician side of Technician Versus Performer, by nature. May border on Game-Breaker. Compare Simple, yet Awesome. Contrast Awesome, but Impractical; Cool, but Inefficient. If mass-produced, it's likely to become The Workhorse.