Boobs-and-Butt Pose
aka: Over The Shoulder Pose 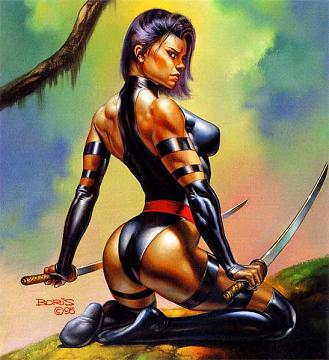 She got it good in the front and in the back!
"[T]he only 'strong' in many 'strong female comic book characters' are the oblique muscles required to point their ass and boobs in the same direction."
— Cracked, "The 5 Most Ridiculously Sexist Superhero Costumes"