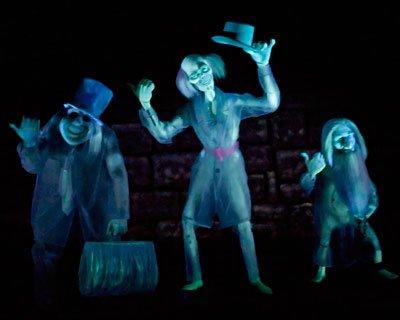 Going Our Way?
I pulled along the side
And offered her a ride
Like the rolling mist she floated inside
As we pulled away
She had nothing to say
So I guess it doesn't matter anymore
— Blackmore's Night, "I Guess It Doesn't Matter Anymore"

You are in a car with a complete stranger, on the highway, where a mistake can easily result in a dangerous car crash. There is something about it that's not entirely comfortable. As if that weren't bad enough, your company might well be not from this world.

Urban Legends of vanishing hitchhikers are very widespread around the world and quite old: In the oldest ones, the vehicles picking up ghosts were still horses and carriages. The basic outline is the same:

There's yet another variant (as seen in Pee-wee's Big Adventure) where the passenger is alive and the driver is dead.

Fiction has taken its cue and the variations are manifold. It can be the driver, as well as the hitchhiker, who has some strange qualities.

There's a variation where the apparition will seemingly materialize in front of a moving car. Despite instant braking, it appears they had to have been hit. Getting out and examining the car and environs will not reveal any body. Rest assured, however, that the driver has been "marked."

The trope's name comes from The Haunted Mansion ride at Disney Theme Parks, which ends with this sage piece of advice. As it says this, the cars pass in front of trick mirrors that make it look like ghosts are sitting by the riders. Shortly after, the riders disembark from their vehicles, but as they do, the narrator warns that "a ghost will follow you home!"