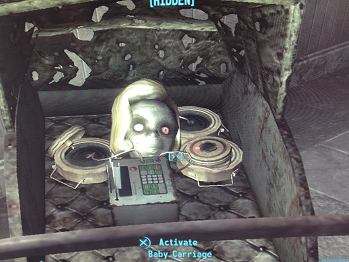 Baby carriages are prime locations for stashing a moving bomb. It's easy to hide a complex explosive in all that swaddling, and you can even drop a baby doll in there to distract onlookers. This trope is most commonly seen with old-fashioned baby buggies and commonly involves a baby's cry being recorded and played back.

It's especially effective against superheroes, as leaving one in obvious peril will attract the do-gooders to it while keeping everyone else away.