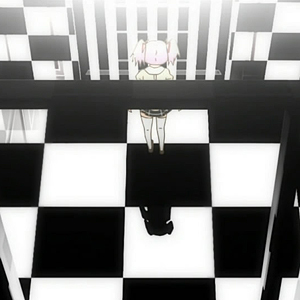 A subtrope of Chess Motifs. Somewhere "else" has this checkered motif on the floors, walls or both. It could be a Mental World, a Layered World or just an Eldritch Location.

Not necessarily Human Chess, but who knows?