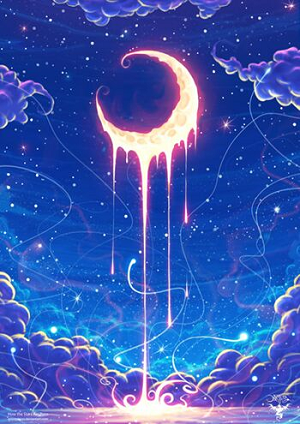 Anyone for fondue?
Advertisement:

The Moon is shown in a bizarre or altered way - either because of actual physical changes, or simple Artistic License. Subtrope of Weird Moon, related to The Man in the Moon, Deface of the Moon and Bad Moon Rising.

If the moon is different because you're looking at an Alien Sky, you're in the wrong trope.