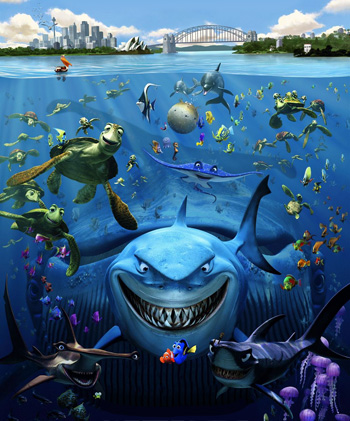 That's a lotta fish.
This index is for tropes related to animals that live the water or spend most of their time in the water. Aquatic animals also include seabirds and swimming birds. See The Other Wiki for more information.