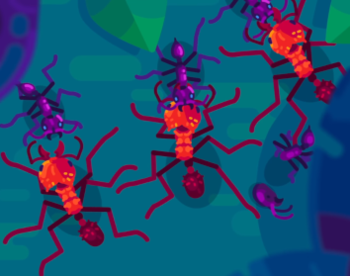 War between social insects, usually ants against other ants. Though it takes place on a much smaller scale than human warfare, the insects will be regimented like human soldiers and use tactics familiar to humans. This familiar association makes political allegory all but inevitable.

Expect lots of Zerg Rush, as in real life. Not to be confused with Bug War, where regular-sized humans are at war with Big Creepy-Crawlies.