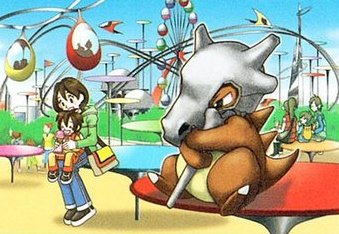 An orphan, an infertile woman (or man), or any other character missing a family has the isolation emphasized by being surrounded by families. This can be a place with many happy families, even solely occupied by such people in defiance of statistics, or the character's being sharp to notice such things.

The romantic equivalent is Alone Among the Couples.

See also Alone in a Crowd, Cold Turkeys Are Everywhere.