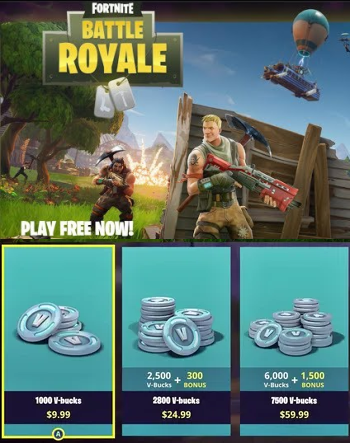 Play for free! [citation needed]
"The joy of online strategy gaming, and online gaming in general, is defeating an opponent who was just as likely to defeat you—so how much fun is a game if, no matter how good you are, you may get owned by some kid who blew his allowance on WMDs? If you don't stand a chance in a 'free' game without shelling out, then the game ain't really free."
— Dan Stapleton, "Strategy you can't buy,"

This game calls itself "Free to Play" - with a heavy restriction on the "play" part. And the "free" part, too. Games based around this concept are more commonly referred to as "Pay to Win", or more humorously, "Free to Pay".

This is primarily an advertising trope about a mismatch between PR and reality. If the commercials bandy about terms like "FREE", "UNLIMITED", and “WITHOUT PAYING” while the ability to complete or be competitive within the game is walled off for those who don't dish dough (or even those who do!), you've got yourself an Allegedly Free Game. This isn't about games where all monetary elements are purely cosmetic or minor enough that you could genuinely play the game for free and never miss them, like removing adverts. This is for games that claim to be free, but force players to pay for a HUGE chunk of the content.

Sometimes you're restricted to a "free" zone and have to repeatedly buy access to the rest of the game piece by piece; sometimes you're incapable of gaining certain abilities or items without buying them with real-world money; sometimes gameplay is time-restricted unless you either pay to reset the timer or wait for several hours or even days before you can perform more activities; sometimes you can buy a copy or pay a subscription fee (and even then, additional purchases may be needed.) Some games just have so much that is exclusively bought that those who pay have such a gigantic advantage over those who don't. Some games make progress dependent on Level Grinding and/or Money Grinding that becomes obscenely tedious without shelling out real money for Experience Boosters or other things that reduce the time for grinding or eliminate the need for it — for example, when a mid-level raid on an RPG will net you about 15,000 gold, but the Sword of Plot Advancement you need to advance to the next level costs 100 quadrillion googolplex gold or 5 diamonds worth one US dollar each. Any way that you cut this, you aren't going to get very far without reaching for your wallet. Some combination of Freemium and Microtransactions will likely be involved in this.

Naturally, the existence of this type of game creates a seriously Broken Base among gamers by its very nature.

Allegedly Free Game is a Sister Trope to Bribing Your Way to Victory. Not to be confused with actual Freeware Games, nor with Shareware, which is straightforward about its commercial nature and final about its sale. Contrast Real Money Trade, which is when people buy and sell in-game resources against the developers' wishes. See also Revenue-Enhancing Devices, which is when there are lots of extra goodies and bonuses to buy along with the game. Some games will use the Sunk Cost Fallacy to keep players spending money again and again.

For a small fraction of the player base, these games are very susceptible to becoming Serious Business, with some players spending astronomical sums just to get the best equipment and Character Class. Game design jargon calls these players Whales (a term originating from casinos to describe someone who spends extravagant amounts of money) — they are usually the major source of a game's income and how badly you should milk them is a permanent ethical question for any game company. There's also the need to maintain a balance so that the whales don't become so overwhelmingly powerful that they drive everybody else out of the game...which in turn can lead to the whales themselves also moving on to another game after the "massively multiplayer" portion of your MMO is gone.

open/close all folders
Mobile/Tablet Games
Other Video Games
Fictional Examples
This Page Has Extra Content! To view it, please purchase the "All-Access Bonus Pack" in the TVTropes Online Store.
Feedback