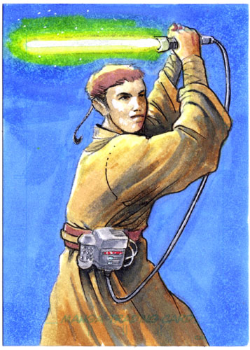 I am STILL PLUGGED IN!
— Master Mold, stopped from escaping a doomed base

by a literal example of this trope, on X-Men: The Animated Series

If a device requires a power cord to work, it presents a weakness, especially in the case of a Killer Robot, Powered Armor or other machine that needs to move around. But even stationary ones that have the cords running where people can trip on them can play this one for drama or laughs.

Alternately, the cord is just a few inches too short to reach the outlet, and there's no time to find an extension cord.

Very often intersects with Cut the Juice, when the plug is pulled, although the plot can also revolve around preventing that from happening.