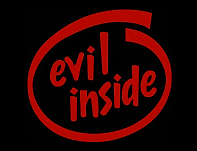 For robots that are a crap shot (as in, having horrible aim), see Imperial Stormtrooper Marksmanship Academy.