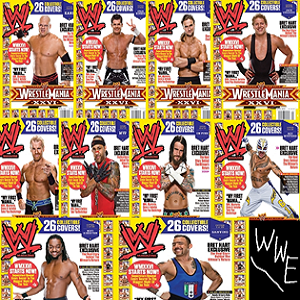 WWE Magazine was the official professional wrestling magazine of WWE. This incarnation of the magazine contained lifestyle sections, a monthly calendar, entertainment, work out tips, and other information.

Among the popular features include the "Jerk of the Month" which features a different heel every month to interviews to Diva photos and much more.

Vince Russo got his start with the company as a writer and editor for the magazine as Vic Venom.

WWE Magazine ended its run in 2014, although special issues continue to be printed.