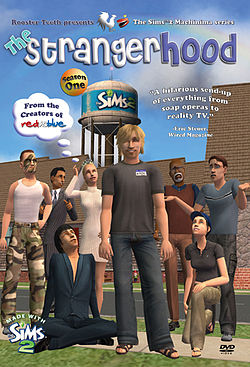 A series made by

Rooster Teeth (who also made Red vs. Blue) using The Sims 2 about eight assorted stereotypes who wake up in a strange neighborhood with no memory of how they got there. As they attempt to adjust to their new setting and figure out what's going on, they end up parodying a number of popular TV series. After a nine year gap in production, a second season has started airing in late September 2015, now using The Sims 4.