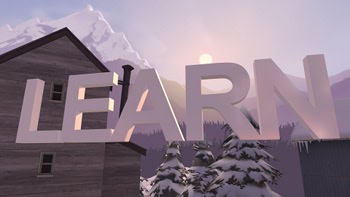 *random sound effect*
"Team Service Announcement" is a series where the common mistakes and unused strategies of new and inexperienced players are blown out of proportion and explained in an attempt to help those who make them, as well as make my life less horrible. If you know someone who's new to the game is in need of some pointers, or just want to spread the message, share the videos and help improve the community. If you're a frustrated player who would like something addressed, or a new player who would like something explained, leave it in the comments section, and maybe I'll animate it.
Advertisement:
—The statement at the end of every video description.

Team Service Announcement is a machinima series of shorts set in Team Fortress 2, made by "Krunkidile

" with Source Filmmaker, and hosted on YouTube. Each video addresses a particular topic about TF2's multiplayer, in order to help new players to get better at the game. They cover advice about various tactics, ways to be helpful, when to try different methods, and how to avoid embarrassing deaths. Each one includes a great deal of humor and personality as well. The entire series can be seen here

Krunkidile doesn't really make new episodes of the series too often for three reasons: 1: The advice is getting trickier to convey through SFM shorts, 2: people watch them for entertainment rather than education, and 3: Because they're not fun to make all the time, Although Krunkidile isn't against continuing the series overall.

Pop it, Don't Drop it

Even when the Soldier/Heavy you're pocketing has been killed, you don't let an uber go to waste.

Example of:
The Worf Barrage

Pop it, Don't Drop it

Even when the Soldier/Heavy you're pocketing has been killed, you don't let an uber go to waste.